A blog of my thoughts and travels on Transport and more 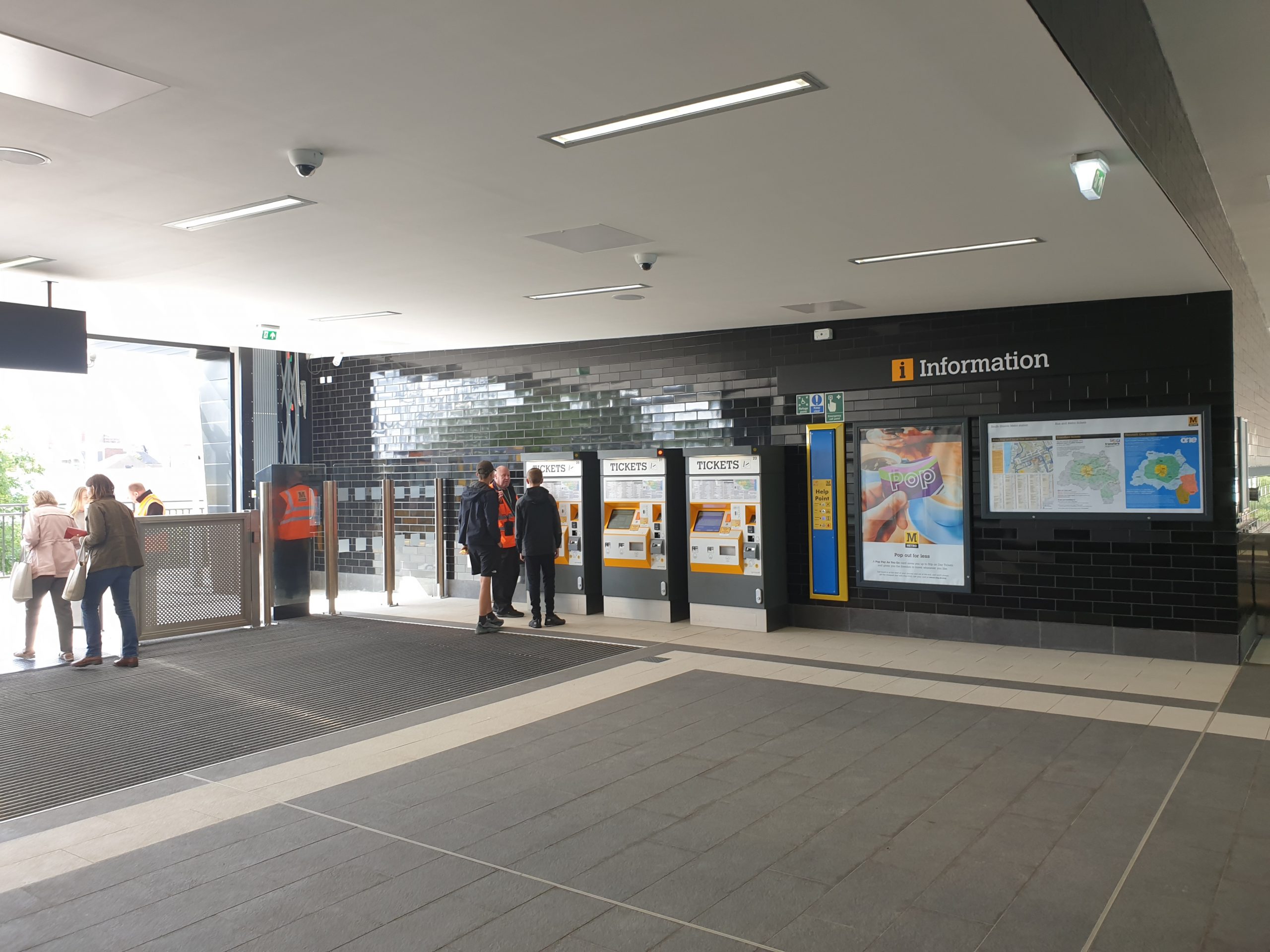 Sunday 4th August saw the opening of the all new South Shields Interchange. In turn, it also meant we saw the first ever permanent closure of a Tyne and Wear Metro station.

Construction started on the £21-million project in Spring 2018, which forms Phase 2 of the £100 million South Shields 365 regeneration masterplan. The new Interchange, built roughly 100 yards away from the previous Kepple Street Bus Station and adjourning Metro Station, offers a bright and modern replacement facility for customers.

Although long overdue, I finally managed to get across to South Shields and see the new Interchange for myself. I wish I had done so closer to the opening route, but South Shields makes for a pretty uninspiring bus journey from Durham, with the choice being limited to either of Go North East’s ‘all stops’ services on their 20 or 50 services. The 20 takes 92 minutes and the 50 takes 81 minutes. As I was already in Newcastle at the time, I instead opted for the Metro.

Arriving at South Shields, and the new Metro platform is much like the former. A single line runs into a largely uncovered platform, offering passengers very little protection from the elements. Especially important, given the elevation from ground level. A black wall with silver lettering of ‘South Shields’, replaces the more common brightly coloured yellow station signage. Something that Nexus have replaced during other station refurbishment projects. Sad, but perhaps a sign of modern times…

Ticket barriers were in place and in operation, although grossly understaffed. Having purchased a paper day rover ticket on a bus, I had to wait for a member of Metro staff to let me through the barriers. As the one platform side was assisting a customer, and the one foyer-side was assisting customers in purchasing tickets, a queue had formed behind me.

The foyer space is fresh and modern looking with black tiled walls; a theme throughout the Interchange building. There were ample ticket machines, I imagine, for the number of customers using the station and a help point nearby. There is a lot of vacant space here, which would have made an excellent enclosed waiting room…

There was a large information board, which held information about about Transfare and Network One tickets, but nothing on Metro services from the station. Which given the lack of Real Time information or service indicator boards in the foyer, it would have been handy to have visibility of the timetable.

Real Time information boards were available on the platform itself, but this isn’t of much use to those intending to purchase a ticket.

From the foyer to the lower bus level, you have the option of escalators, stairs, or two elevators. The escalators take you right down to the entrance from Keppel Street, but bare right at the bottom and you’re into the new bus station.

The bus station offers 14 stands for local bus services, a coach stand, and a coach/drop off point. The black/white theme sees the introduction of Nexus ‘Buses’ red. A Greggs (with seating), information board and travel shop is on your right-hand side.

The stands are well spaced out and offers around eight seats at each. It is nice to see proper seats too, rather than the ‘backside rest’ style perches, that seem to be all the rage. Each stand is clearly lettered above the doors, with an information stand in front of the seating area for each.

The face of the information stands included a large paper timetable for services departing, with the rear being filled with the usual Nexus adverts – for POP cards and so on. Given the spread of services across the stands available, it would have been nice to see this space used more appropriately, perhaps with operators being asked to provide commercial posters for their services.

As well as next buses displays above each stand, there were large Real TIme information boards available, showing services for all stands.

Across from the stands is a travel shop, to the left of more paper-based information boards. The travel shop has three booth-style windows to it, rather than one that you can walk into. However, despite being there during the daytime on a Saturday, it was closed.

The rather unhelpful opening times make the case for what seems to be a dwindling number of Travel Shops in our region, with Heworth, Monument and the Go North East Chester-le-Street and Washington ones all closing in recent times. I had heard from previous reports, that the paper timetables are kept behind the counter, and you have to ask for them. Which makes the opening hours even more unhelpful.

I decided to put this to the test. Although the travel shop was closed, there was a single member of Nexus staff on the ground floor, hovering in and around the stands. I approached and asked where I could get some paper timetables from, to be told “we don’t have any” Knowing this not to be entirely true, I challenged the response, only to be told “I’d have to visit a travel shop” Really helpful, when the one stood 20 meters away from our conversation, was not open on Saturdays… The final response was that “You’ll have to go online or take a photo”, which pretty much sums up my experience of Nexus customer service.

After a quick pit-stop at Greggs, I headed outside for a quick look at South Shields, not before taking a look at the bus station exterior, which in my opinion is very impressive looking.

One thing I noticed, even in the couple of minutes I was stood there, was the volume of people venturing across the bus area as a short cut, rather than through the Interchange doors. This is made possible due to the large opening, with little to deter people from doing just that.

In summary, I was quite impressed with the Interchange itself, but the usual attention to detail by Nexus lets it down. The lack of toilet facilities in a modern building are somewhat surprising, but the lack of working with bus operators is not. This is something visible in other Nexus managed bus stations, rather than working in partnership to encourage and make bus travel easier.

Communication is the key

We use cookies on our website to give you the most relevant experience by remembering your preferences and repeat visits. By clicking “Accept”, you consent to the use of ALL the cookies.
Cookie settingsACCEPT
Manage consent

This website uses cookies to improve your experience while you navigate through the website. Out of these, the cookies that are categorized as necessary are stored on your browser as they are essential for the working of basic functionalities of the website. We also use third-party cookies that help us analyze and understand how you use this website. These cookies will be stored in your browser only with your consent. You also have the option to opt-out of these cookies. But opting out of some of these cookies may affect your browsing experience.
Necessary Always Enabled
Necessary cookies are absolutely essential for the website to function properly. These cookies ensure basic functionalities and security features of the website, anonymously.
Functional
Functional cookies help to perform certain functionalities like sharing the content of the website on social media platforms, collect feedbacks, and other third-party features.
Performance
Performance cookies are used to understand and analyze the key performance indexes of the website which helps in delivering a better user experience for the visitors.
Analytics
Analytical cookies are used to understand how visitors interact with the website. These cookies help provide information on metrics the number of visitors, bounce rate, traffic source, etc.
Advertisement
Advertisement cookies are used to provide visitors with relevant ads and marketing campaigns. These cookies track visitors across websites and collect information to provide customized ads.
Others
Other uncategorized cookies are those that are being analyzed and have not been classified into a category as yet.
SAVE & ACCEPT
%d bloggers like this: